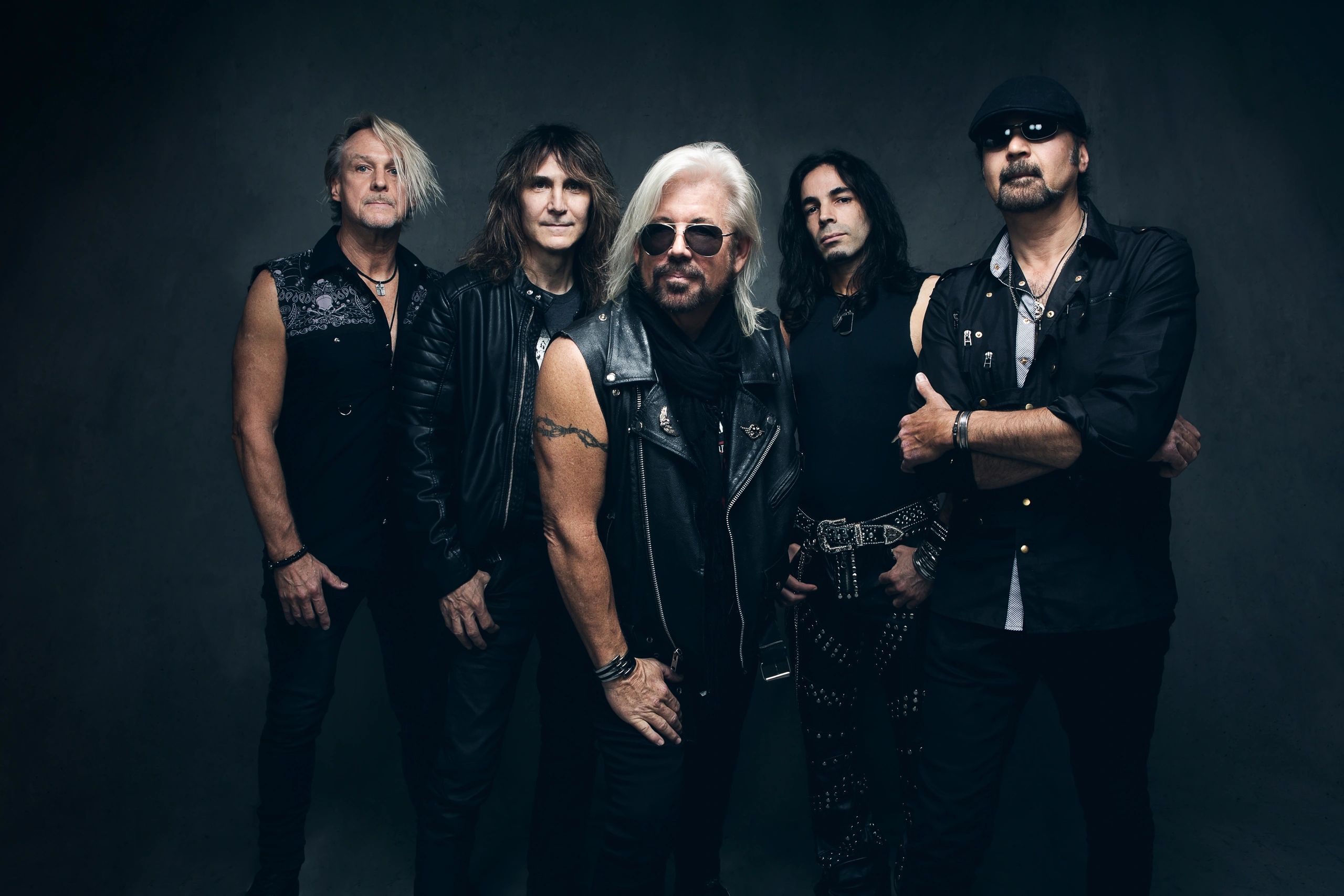 Up The Hammer's Fesvtival Update

It is with great sadness Fifth Angel regrets that we will not be able to perform this weekend at the Up The Hammers Festival in Athens due to an illness of a band member and the situation surrounding the Corona-virus outbreak. We

The Seattle music scene in the mid 1980’s was a breeding ground of exceptional talent.

“Heavy metal” was a new wave of music that was beginning to sweep the globe, and Fifth Angel was one of the forefathers of the legendary Seattle music scene that also produced iconic bands such as Queensryche and Metal Church.

The Seattle music scene in the mid 1980’s was a breeding ground of exceptional talent.

“Heavy metal” was a new wave of music that was beginning to sweep the globe, and Fifth Angel was one of the forefathers of the legendary Seattle music scene that also produced iconic bands such as Queensryche and Metal Church.

In 1984, high school friends Ted Pilot (vocalist) and Ed Archer (guitarist) teamed up with lead guitarist James Byrd. They filled out the lineup with drummer Ken Mary (Alice Cooper, House of Lords) and bassist John Macko. Inspired by the success of Queensryche, who shunned playing clubs for the sake of writing, recording and releasing their own music independently, Fifth Angel followed a similar path. Concentrating on honing their writing and recording skills, Fifth Angel crafted the incredible debut and album “Fifth Angel,” which is still today considered a metal classic that has influenced countless bands.

This recording was initially an independent release funded and produced by the band, and co-produced by the famed Terry Date. (“Fifth Angel” was Date’s first ever production, and Date later went on to produce platinum artists such as Pantera, Soundgarden, White Zombie, and The Deftones.)

The album was first released in Europe through a fledgling label named RoadRunner Records based in the Netherlands, and instantly became a cult classic in the European metal community. (RoadRunner Records has grown into one of the largest rock labels in the world, with bands such as Slipknot and Nickelback.)

Epic Records in New York City caught wind of the band, and were so impressed with “Fifth Angel” they signed the band to a seven album, $21 million dollar deal. Re-mastering the original independent recording and re-releasing the album, Epic introduced Fifth Angel onto the worldwide stage in 1988.

The band received rave reviews, and was touted in the press as the “next big thing” in all the major metal magazines of the day, including Hit Parader, Kerrang!, RIP, Metal Edge, Metal Forces and many others. Kerrang! went as far as attaching a flexidisc of the band’s music onto their cover and giving the center fold out of the magazine to the band as well.

During this same time period, Ken Mary was covering the drumming duties with Rock and Roll Hall of Fame artist Alice Cooper on the “Constrictor” and “Raise Your Fist and Yell” tours. While on these world tours with Alice, Ken promoted Fifth Angel in both press and radio interviews, which gave some additional momentum to the release.

The band entered the studio once again in late 1988, this time with producer Terry Brown (Rush), and Epic released “Time Will Tell” in August of 1989. “Time Will Tell” saw the departure of lead guitarist James Byrd, and the introduction of guitar prodigy Kendall Bechtel.

The video for “Time Will Tell” was released from the album and went into rotation on MTV. (The song, now over thirty years old and added to YouTube in 2010 has received nearly 800,000 views.) An additional single from the album called “Midnight Love” became the theme song for shock jock Howard Stern’s #1 ranked radio show for over four years.

However, the winds of change were beginning to stir over the music industry and when grunge music hit hard in the early 90’s, (ironically based out of Seattle as well), Fifth Angel disbanded.

But that’s not the end of the story…

In 2010, some 22 years after the Epic release of “Fifth Angel,” the band was asked to headline the “Keep It True” festival in Lauda-Koenigshofen, Germany. Gathering many of the core members and adding Heir Apparent vocalist Peter Orullian, (Ted Pilot is now an endodontist practicing in Seattle and was not able to sing for the reunion), the band prepared a blistering set of songs from the first two albums.

The reception was incredible, with the sold out crowd singing the lyrics to every song. Fifth Angel again headlined the sold out 2017 “Keep It True” festival as well, and this positive momentum planted the seeds for a new album. Jaap Wagemaker from Nuclear Blast Records, one of the most successful metal labels of all time, listened to a couple of demos the band had been working on and expressed interest in hearing more.

A few of the members began writing and recording together, and the collective enthusiasm was very strong over the music that was being created. Nuclear Blast signed the band to a new record contract based on a three-song demo that was submitted and in the fall of 2018, and Fifth Angel released their first new album in almost 30 years, “The Third Secret.”

The album featured the incredible talents of drummer Ken Mary, John Macko, and Kendall Bechtel. Original guitarist Ed Archer soon returned, and along with two new members, Steve Carlson on lead vocals and Ethan Brosh on lead guitar, the lineup was completed filled after an unexpected departure at the end of 2018 by Bechtel.

In 2019 the band returned to the festival stages, headlining the “Metal Assault” festival in Wurzburg Germany, and then appearing at the “Rock Hard” and “Alcatraz” festivals in the summer of that year.

The band will move into 2020 with more shows and tours in support of “The Third Secret,” and a new album is slated for release in early 2021.